Back in 1993, Joanna Meiseles sought a hair salon that catered to her young children. But instead of a salon, she discovered a business opportunity. That’s because at each hair salon she visited, she either found (1) stylists not wanting to deal with wiggling, squirming kids (2) suboptimal cleanliness standards, or (3) little or no originality in the design. Joanna knew there had to be a better way to crop kid’s hair while keeping them entertained, so that kids would be captivated rather than tearful, and parents would be fascinated rather than fearful.

Even before launching her first Snip-its salon in 1995, Meiseles knew she wanted to create a brand that would be synonymous with quality children’s hair care, all surrounded within a welcoming and entertaining environment. Everything about Snip-its would be proprietary and wholesome: the Snip-its characters, the games and stories, the Magic Box that dispenses a prize in exchange for a swatch of hair at the end of a visit and an all-natural line of hair care products specially formulated just for kids.

After two years of extensive research, planning, developing a cast of entertaining characters and creating the Magic that would become the essence of the concept, Joanna opened the first Snip-its salon in Framingham, Massachusetts to rave reviews.

The result is a hair salon no kid can resist and a business model enticing to prospective franchisees.

This article is meant to provide background on the history and vision of the
Snip-its concept. Some of the facts and figure may be different today.

To learn more about Snip-its franchising, please complete and submit the form under GET STARTED NOW. You will receive an email invitation to view our virtual brochure and begin discussions with our franchise
development staff. 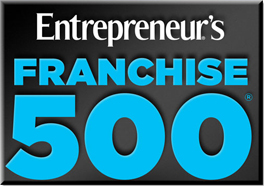